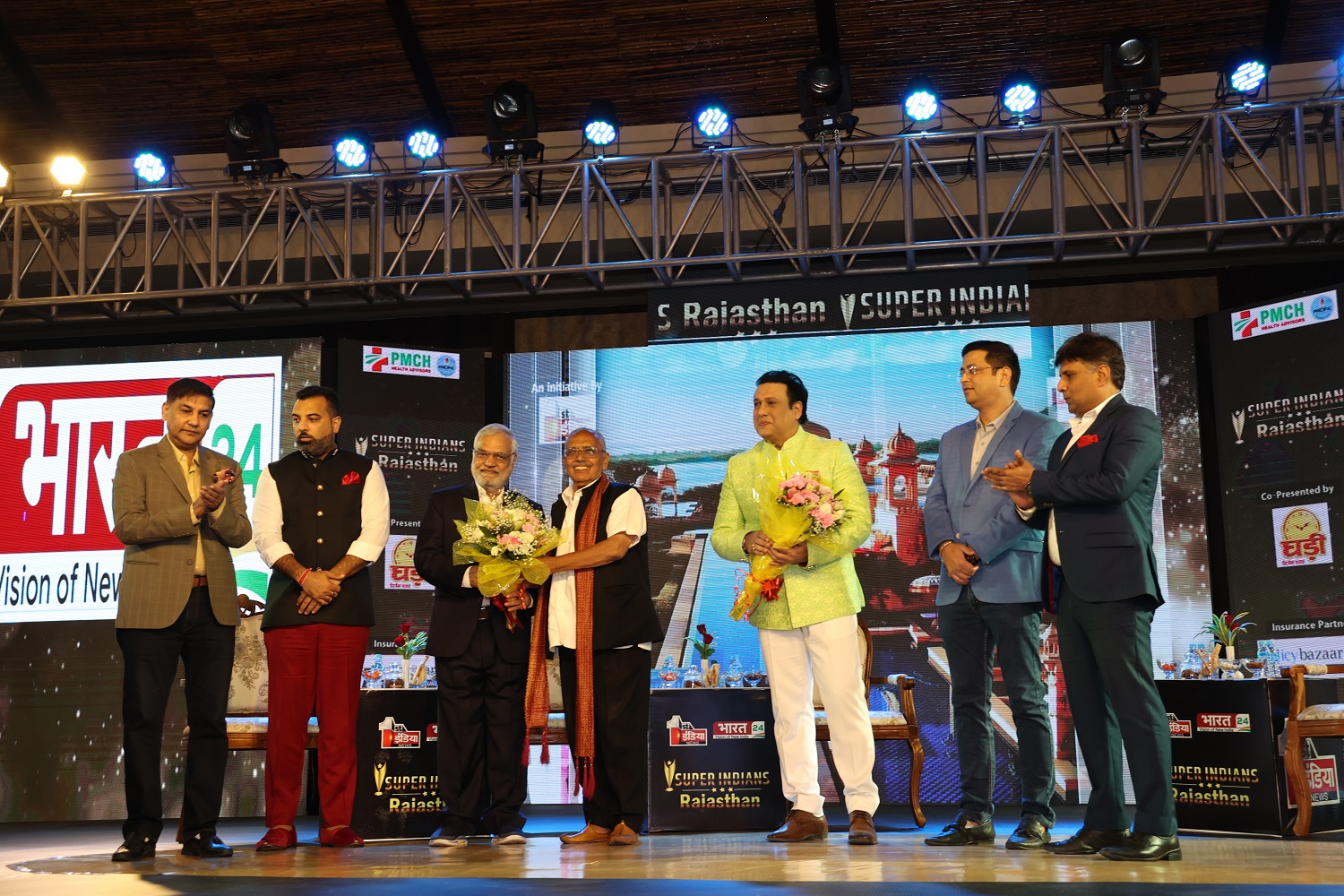 In one-of-a-kind initiative, Rajasthan’s No.1 News Channel, First India News and Bharat24, Nation’s Fastest Growing National Hindi News Channel, joined hands with Film Actor Govinda as the Celebrity Host for their initiative Super Indian Rajasthan. The gala event, that was held at The Ananta in Udaipur on Sunday Evening, recognized and honoured extraordinary individuals for their exemplary work and contribution towards the Vision of New India.

While speaking at the event, Dr Jagdeesh Chandra, Editor-in-Chief & CEO, Bharat24 and CMD, First India News, said, “While First India News and Bharat24 continue to raise social concerns, it is imperative to encourage individuals who are making extraordinary contribution towards the Vision of New India”.

Mr Manoj Jagyasi, Chief Business Officer & Strategic Advisor to Board, said, “Kudos to the team for curating and successfully implementing such a grand event for the channel. I would also like to thank our partners for their continuous support for our endeavours. I am pleased to inform that the second edition of Super Indians is scheduled to be held in the second week of January’23 in New Delhi ”